Everyday, I get an English newspaper that is published here in Japan. I try to read it to keep up on world topics and current events, but have found of late that all I really get finished in the paper is the crossword puzzle, which is great for my slowly failing English big-word vocabulary!! (One of the drawbacks to being an English conversation teacher in a non-English speaking country.)

Anyway....on Sunday, I was reading an article from the Washington post about the photograph that was taken of President Obama and then plastered across a billboard by the company of the jacket he happened to be wearing as he walked along the Great Wall of China. It seems that this is not the first time this had happened, where an organization has taken advantage, not only of the Obama's, but of other high-profile personalities, as well.

The article went on to talk about the PETA poster promoting its anti-fur idea that showed up in cities at the end of the year with Oprah, Carrie Underwood, Tyra Banks and Michelle Obama all posing for the cause. And here is where we get to the word that almost made me spew my coffee---it seems that the poster "caused a kerfuffle" because even though Michelle does not wear fur, there was no permission given to PETA to use her image on the poster.

Excuse me? It caused a what?? A kerfuffle??

Now...I'm an intelligent woman. Given the topic and the context it was used, I could figure out what was meant...but really...a kerfuffle??

Just to make sure and to check where on earth this word came from, I consulted the on-line dictionary of my choice and found this:

kerfuffle: 1. A social imbroglio or brouhaha. An organizational misunderstanding leading to accusations and defensiveness. 2. A minor disturbance or disagreement. Smaller than a contretemps, larger than a snag, involving more people or things than a SNAFU or a stink. 3. chaos, fuss, disturbance, everything's all out of whack, screwed up

*and yeah...I looked up imbroglio in my other dictionary of choice.

I also found that this word is basically a British one...which I find quite interesting because I worked with a British man for 3 years and one of my best friends is British and I've known quite a few British people in the 18+ years I have been here and never....not once...have I heard the word kerfuffle uttered from any of those people. Believe me....I'd remember if that had happened, because really.....isn't that a word you'd remember someone saying??

"I'm having a kerfuffle-ish kind of day."

"The snow in Nagasaki today caused quite a kerfuffle for my students."

To find out even more about kerfuffle, I did a search...there's quite a bit of info out there about this word. Then....just to be a bit crazy ( I can get that way you know...sometimes this causes a bit of a kerfuffle with my family), I searched for images of kerfuffle. Even more interesting stuff...for example...

There is an Australian wine company that goes by this name.

This will be so fun....next time in the States, you know I'm going to ask my waiter if they have any.


There is a band called Kerfuffle. The band is from England and they play some pretty good folk music. (I also went to YouTube for a bit.)

There's a doctor in Australia that goes by the name of Dr. Kerfuffle. He and some other 'clown doctors', visit children's wards in Australia (kind of like Patch Adams did in America). Doing something like this is just amazing....I think there are some 'clown doctors' in Tokyo...humor helps. It really does. 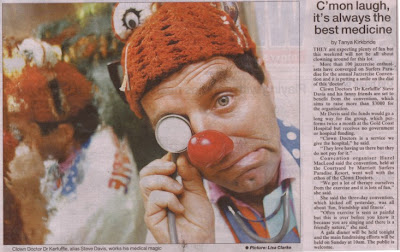 I want to try and find ways to use this word....for example....
"There was a kerfuffle on the ice in the hockey game last night." 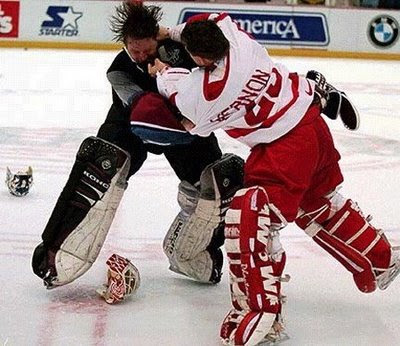 "Someone caused quite a kerfuffle at the music award show, didn't they?" 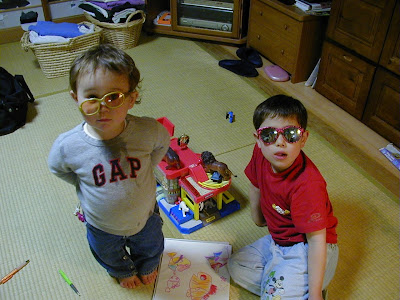 Okay...now...I'll be honest here...when I first read the word kerfuffle, it reminded me of those words that are nice words but they sound bad or.....nasty. You know what I'm talking about....shuttlecock is one that makes me smile. Masticate. Uranus. Joystick. Hedonist. Uvula. Kumquat. Just to name a few.
Now, when I think about it, kerfuffle sounds like something you might need to apologize for after it happens. {smile}

By the way....what's YOUR favorite word that sounds bad or nasty or makes you smile when you hear it or if you have to say it????

When I was over in YouTube, I found this....it's pretty funny....and not as bad as what you might actually think!!! Enjoy!

I wish you all a kerfuffle-free day!!

there's a blogger out there whose blog is called hot kerfuffle!

A clinical word I like to throw around (when it's appropriate) is perseverate. Kinda like you on this post: You perseverated on kerfuffle. And I'm glad you did. I thought it was spelled kerfluffle. I'd have hated going through the rest of my life making an arse of misself.

Dr Kerfuffle was delighted at the kerfuffle over the word kerfuffle and was surprised to see his photo in someone's blog. Yes, it is amazing work and I am priildged to be able to do it. All the best Dr Kerfuffle - www.DrKerfuffle.com

I love this word.
I don't have any favorites that sound dirty (that I can think of NOW) but I love the word Conundrum. I love lollygaggle as well.

I had to go over to Urban Dictionary to check it out because I was thinking it was kerfluffle. It turns out there is both a kerfuffle and a kerfluffled.

What a wonderful word and an even better post! Plus a visit from Dr. Kerfuffle? Thanks for making me giggle! Or should I say titter?

I love that video! I am married to a Brit and am yet to hear kerfuffle, but that shall change soon :)

Oh my gosh, you have me laughing at my desk (I'm sure my co-workers don't know quite what to think)! I can't actually remember a time that I've used kerfuffle in a conversation -- although, as you know, I did it on my blog. =D
So today I'm going to try to use kerfuffle as often as I possibly can (I'm sure my co-workers won't know quite what to think).

haha! What a great post. What about "don't get your panties in a kerfuffle"...sounds much better than the original!