So....Lila and her good friend (our friend, too!!) went to Mexico during the Spring vacation. She was kind enough to send me copies of these pictures which made me really "homesick" for (even though I only lived there for 5 years) South Texas and Mexico. 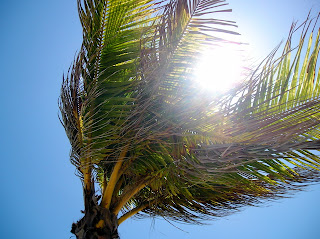 What a great shot this is....can't you almost hear the wind rustling the leaves of the palm tree....I can picture this would be what I would see as I looked up from my beach chair to try and get a "cabana boy" to bring me another margaritta!!
("Blew out my flip flops...stepped on a pop top....") 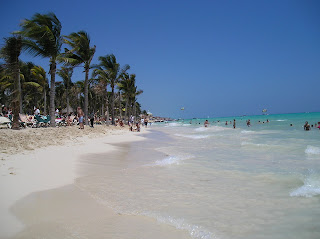 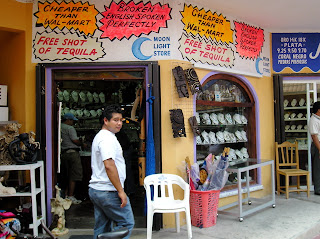 THIS CRACKS ME UP!!
Cheaper than Wal-Mart AND you get a free shot of Tequila?!?!?! No way!!! And with the perfect broken English I'm thinking this would be the place to just hang out!!

**Thanks Lila for the pictures....you can thank me later for NOT putting the one of you sitting at the bar IN the pool!!! That looked like soooo much fun!!! Please find one of those in Denver!! I'm thinking that would be a great place to be...and we could probably find people to join us!!! :-D

As I left the house around 8:00 this morning and was gone until early evening, I didn't hear the news that came from Virginia until late this afternoon. What a tragedy. And one that will probably never be completely explained.
I first heard about it when I went into the small grocery store that I have been going to for the past 10 years....three or four people stopped me to comment on the situation...but, since that was the first time to hear of it, I wasn't sure that I was hearing correctly. I could understand the main details and then the comments of how America is such a dangerous place...all the guns..."abunai" ("danger").
I think that, when something like this happens (think the Oklahoma bombings, Columbine, 9-11, any shopping center/random shooting, just to name a few) the American government should give us 'ex-patriots' a stipend for our "damage control" that we do. I found myself, once again, defending the United States, saying that it really isn't that dangerous, there ARE very safe places to go....etc. etc. etc.
Then...tonight...around 8:00...as he was returning to his campaign headquarters, the Mayor of Nagasaki was shot...two times, in the back...and is now, as I write this, still in critical condition.
Mr. Iccho Itoh, is running for his fourth term as our Mayor....he has devoted so much of his time to the cause of getting rid of all nuclear weapons...but, as Kiyoshi reminded me...not everyone agrees with him everytime he talks. Seems as if, the shooter was someone with a grudge with the city over an accident...but also has yakuza ties. Other stories, true or not I don't know, are coming out....but still....the fact is...people were hurt today and people died...not a good day.
I pray for those in Virginia...and for Mr. Itoh and his family....

A great day for the park... 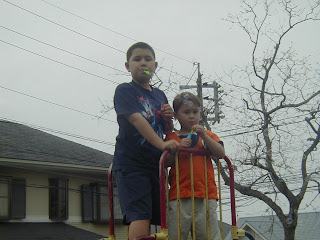 Today the boys and I went to our friend Laryssa's 4th birthday party. The day was a bit overcast at first, so it was perfect for the kids to play in the park...they had a pretty good time doing bubbles and just being outside. The boys were such "troopers"....it was mainly a bunch of little girls...Issei was a bit grumbly about it until the cake and ice cream came out and Koji was just being Koji....I think he kind of liked the little girls, but as that really isn't very "cool" (according to Big Brother!!), he bonked a couple on the head with the big plastic hammer just to make it look like he didn't care!!! :-D

(yes, we apologized and even let one bonk him back!!)

I will try to put a couple pictures from the party later....it was amazing to be surrounded by all that "girliness" and pink....Both Laryssa and her little sister, Juliana were wearing their "princess/ballerina" outfits....It was nice to play Aunt Debbie for a while...painting fingernails and stuff....As I can't do that sort of stuff with my boys, I get to "borrow" friends' little girls...Kayla, Kazune, Laryssa and Juliana, to name a few....Though I dearly love my boys...I do love "my girls". And thinking about it....I've done this for many years....we can add Lindsey, Whitney, and Ryleigh, (in Colorado) to that list..."little girls" who have grown up now, but will always have special places in my heart!!!

So....to all you "girly girls" out there....and every one else...I hope you had a great weekend. I hope you could enjoy being outside and being with friends and having fun!! 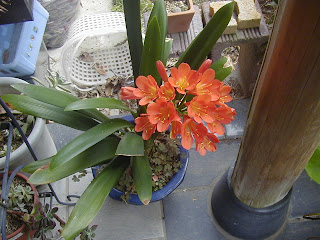 Here are some pictures that I took around our garden today. After being "teased" with spring for the past few weeks....I'm thinking that it might be here to stay. Spring is my favorite time of year....not humid yet, cool mornings that move into warm and sunny afternoons and evenings that have just enough of a coolness that make sleeping really nice!!
The orange flowers above were a gift from our friend, Mrs. Kikutani. She has a few in her garden and after I lusted after them last year, she gave me one!! *smile*
Neither Kiyoshi nor I can remember the exact name of this plant, but it is a kind of orchid....when I remember the name, I will tell you!!! It just bloomed on Friday....am hoping the flowers last awhile as they are so pretty!! 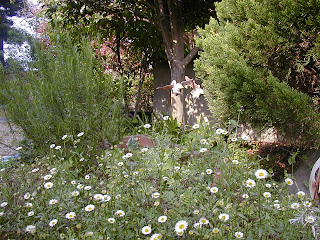 This is my little part of the yard....the small white flowers came from a package of seeds I found a couple of years ago and they have multiplied like crazy. You can also see my rosemary....it has gone from a small plant to an actual tree!!! About time to cut some off and hang it to dry!!! I don't know if it will show up in the picture or not, but my "flamingo collection" is there, sort of in the middle!! Mom sent me a couple for Christmas a couple of years ago as did my brother Guy....gosh...it's almost like they know me, or something!!! :-) 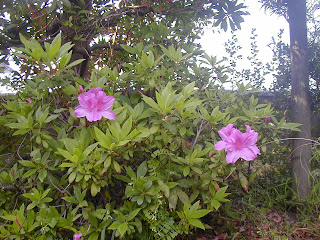 Here are the first of the azaleas....in about 4 or 5 days, maybe, there will be many many more!! We have pink, red and white ones....it will be so pretty this weekend.... 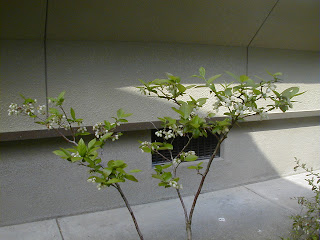 ...and finally....the blueberry bush. Doesn't really look like much now, but, compared to what it was a couple of years ago....THIS is amazing!!! When the blueberries first came in, I laughed when Kiyoshi wanted me to make blueberry muffins....it was literally, one blueberry per muffin!!! Last year, there were enough for not only "multiple blueberry" blueberry muffins, but we also had some pancakes!!! This year's "crop" should be even better......yummmmmm....can't wait!!! 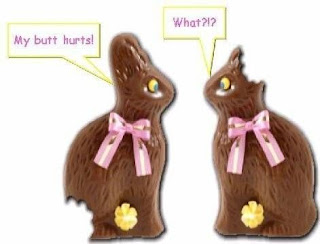 I hope that you are all enjoying today. (That is, those of you who celebrate this holiday!!) :-)
If you aren't celebrating, then I hope you are just enjoying the day!!
I spoke with my Mom earlier and she and a friend were going to the Easter Service in the city park. My brother and his family and a few "extras" were joining the others from the church in the annual "Two Buttes Mountain Climb and Sunrise Service". Everyone was getting up at 5:00 for the sunrise....and by now, I am assuming most are already back home and taking a rest.....well, the adults, anyway. The kids are probably eating their way to the bottoms of their Easter Baskets....one chocolate bunny bite at a time!!!

I thought these cartoons were just too funny...thought I would share them with you!! 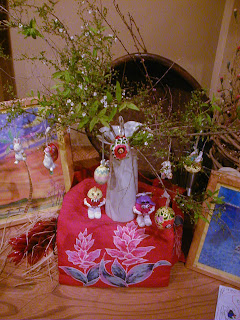 I'm not sure when I started doing this, but it is something that we have done every year......In our entrance way, we have an "Easter Tree". The boys and I searched our yard for the perfect branch to use....this year the one we chose had little white flowers and is quite lovely....I have a small collection of wooden bunny ornaments that I bought on one of my trips home. There are also 2 ornaments I actually brought with me when I first came to Japan 16 years ago. Then, the wooden eggs....there are three of them...not sure where I got them, but after doing some research on the net, I'm thinking they are Russian. I wonder where I got those?!?! They are handpainted and the boys and I love them!! 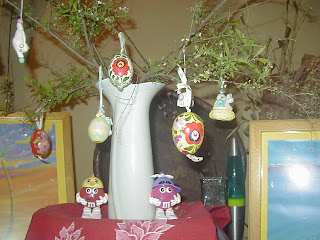 Here is a closer picture....Issei also thought that the M&M Guys they got a couple of years ago in their Easter Baskets were a great touch!!
(In case you were wondering....the red cloth under the vase is actually an obi...wide silk belt used with kimono....the colors are so bright, I thought it was the perfect accent for the decorations!!)

I wish you all lots of chocolates, jelly beans, sunshine, and the feeling of "spring"...may it last all year long!
Peace...and lots of love!!