the idea of making new year's resolutions is not only for people of the western world.  people here sometimes make them....and as with most of us in the western world, they also are pretty much done with them very quickly.
(i'm thinking that my 'record' would have to be about 2 weeks....i know...awesome, right?)

in one of my classes, we were talking about resolutions and how no one even tried anymore and then, one lady said...."i wrote something for this."  all of us were very interested in hearing what she had to say....i mean...really? resolutions? was she serious?

she then told of us her "resolution".....she decided that this year, she was going to focus on three things: english, tai chi, and volunteering at the hospital.

focus.
not
"i will study english everyday." or
"i will practice tai chi three times a week."  or
"i will volunteer twice a week."

focus.  she's just going to focus on those things.

one of the main things i don't like about making resolutions is not the fact that i gave up so quickly, but, the fact that i was so hard on myself for giving up.  it was almost as i was giving myself a guilt trip...or tying to anyway.  doesn't that sound ridiculous?

so, for the past few weeks, i've been thinking about focusing....i'm liking this idea so much better.  a 'non-resolution' kind of thing.  guilt and pressure free.

i can handle that. 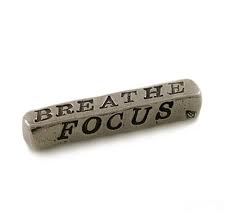 i can also handle not being too terribly specific about what i'm focusing on.  sure, i've got a couple general things to focus on for the year (hula...staying calm with the boys and spending more time with them..finding the floor of my room, underneath all that crap stuff i have collected.....), but, i've also decided that monthly/weekly/daily focuses will be good, too.
i will focus on all the dust that has collected on the top of the fridge.
i will focus on getting to bed at a more decent hour...unless CSI: las vegas is on, then...meh.  i'll just focus on NOT sleeping the next day in class.
i will focus on getting my disaster craft area under control and actually try to
create something....or a few somethings. 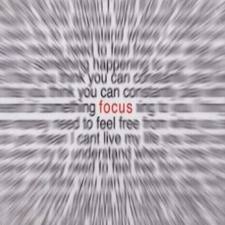 i have no excuses.
no grand reports of world travels
or secret liasons that kept me from
updating since...when? july?

i'm not even sure if i'm on anyone's "radar" anymore.
and that? is okay.
when i started this blog in may of 2006 (586 posts ago),
it was before i wasn't going to be able to go to the states for the summer and, to be honest, i was a little depressed about that.  blogging helped me "meet" friends and gave me something else to think about.

since last july, we've been busy....doing a lot of little things....but things that, when i sat down here to tell you about, didn't seem too interesting or "blogworthy".  so, i typed out a sentence or two over on facebook and called it good....and that became the pattern.
not a bad pattern, but still....not blogging.
so...
i'm back.
i've missed it here.
it will be
baby steps 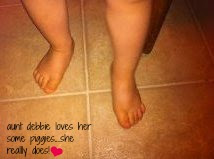 baby. steps....
cute, little bitty baby steps...
to get some blogging mojo back.


i hope you're having a good one....
it's cold here in nagasaki and if it's cold outside, it's freakin' freezing INside the house.
yikes.  not too much fun.
hey!
i may have a blogpost soon on
"how to stay warm in japan"....i've had a lot of experience in this.