the one where i tell you about a really great dream i had....

i don't really remember dreams very often.  oh, i'll have flashes of bits and pieces but very rarely do i remember most of one.
the other morning, i woke up and the dream i had had was so vivid in my mind....while the coffee was brewing i wrote it down on a piece of paper....it was that good.
the best thing about this dream....is that it has gotten me to thinking about the future and what i want for my boys.  actually....it has sparked another kind of dream. 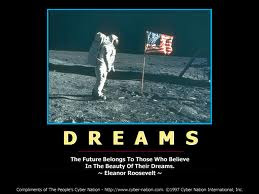 there is a long, drawn-out explanation as to why i am not too terribly thrilled with the higher-education system here in japan.  while it may work for many....i'm going to do everything i can to tie up the boys and take them to the states for university encourage my boys to look elsewhere...to know that they have other options.
maybe that's why i had this particular dream....i've been thinking a lot about issei and what his future holds for him.

he is now in the second year of junior high (8th grade for those of you in the states).  next year, his last year of junior high, will be spent preparing for the incredibly difficult entrance exam into high school.
if he passes, he will be allowed into the public school system...which is free.
if he doesn't pass....it's a very expensive private school for him.

the pressure really is almost too much....already.

when kids here enter high school, the main goal is not to graduate, exactly, but to pass the even more difficult entrance exam (yes, another!) into university.  it seems to me that, once you pass that university entrance exam, it's all pretty much downhill from there.
yes, i know. there is more to it, but that is how it basically seems to me.

anyway....i've been milling over in my head different scenarios about issei's future.
angsting, if you will.
it has not been very much fun.
until....the dream.

in this dream, issei graduated from high school
(not sure which kind of high school it was at this point, but, i'm going to keep the positive thoughts flowing and say it was a public school!!).
he had not taken the very long and difficult and expensive university exam because he was not planning on attending a university here in japan.
he went to denver, colorado.
and here is where the dream got kind of fun.

he was working in a japanese restaurant that is so close to their house, you can almost see the sign....well,
the bigger one that is on top of the place.

(we went there the last time we were there, so issei knows of this place.)

my cousins, my aunt and uncle, good friends we met from here and another good friend of mine from university all live in denver or very near and he was spending time with all of them.

the thing is this:  my boys and others like them from families where one parent is from the states have a bit of an advantage...they have american birth certificates.
they have social security numbers.
they ARE americans.
i haven't checked into the details and all that is involved, but i can't help to think that it has to be easier to go  to the states to live and study than it would if they were full-japanese.

the best thing?  i mentioned this to issei and he was actually thinking about it.
asking questions about it.
the seed has been planted.
now, it's up to me....and "my village".... to make sure that he knows this is
an option that he can use...if he wants.
and oh, how i hope he wants.

Posted by dkuroiwa at 6:07 PM 5 comments