..just a few ramblings to start the year with.... 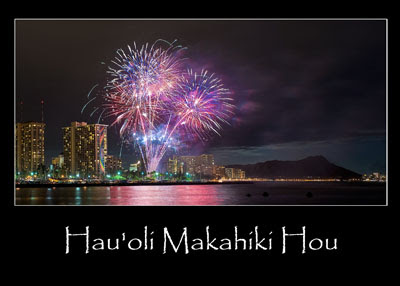 2010 is the Year of the Tiger. This is a very special year for the Kuroiwa Family as Issei and I are both tigers. (oh yes, we are!!) I've been doing some reading about what is supposed to be happening for us in the coming year and it's looking pretty positive. Taking all the information with the proverbial 'grain of salt', it's still comforting....2009 was not the best of years for us. Oh...it wasn't terribly bad and we did have some great fun, but....it definitely wasn't in the top 10.
So...to celebrate the specialness of this year...
I give you my favorite tiger.....
how can this year NOT be a good one with this guy on our side?!?! 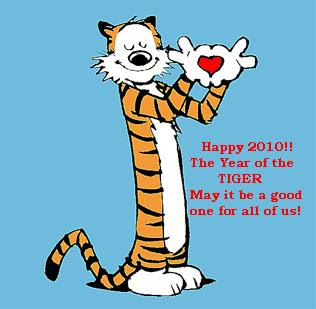 ******************
The other day when I was going through the old Christmas pictures to put in our family slide show, I found one that I had put away....you know....in that "safe place so nothing happens to it" place.
It's one that I have carried with me for many years. It has been to university....to South Texas...and now here. My brother was a year old....I was 5. Issei and Koji are almost exactly the same years apart as my brother and I are. I hope when the boys get older, they keep their pictures taken with each other (especially that one of them in the rugby shirts!!!) somewhere safe.
These are special times!! 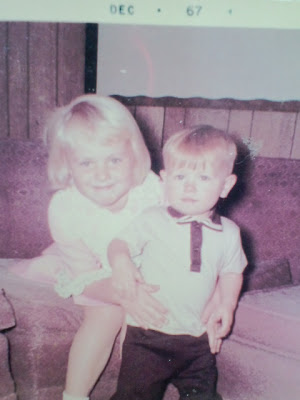 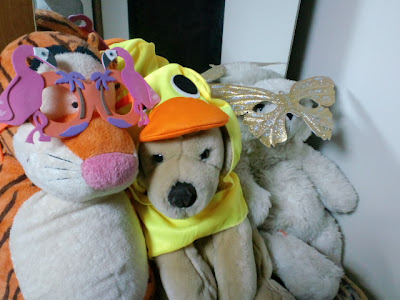 One of my friends over at that "social networking" place, left a comment that she had seen them at the place she worked (something like Schmarget) but, she had only seen them during the spring and summer season. I commented back that if she happened to see some when she was home on break to please let me know because I would send her "something from Japan...kimono...obi...small Japanese child" if she could buy me some.

Fast forward a few weeks.....and look what came in the mail: 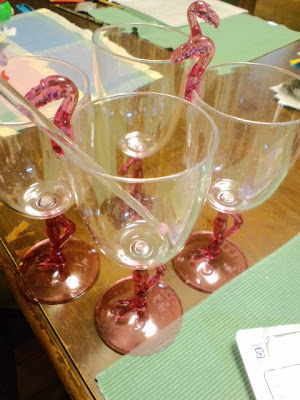 So....after a rousing game of Rock, Paper, Scissors (by which most major decisions are made here in Japan)....it was decided..... 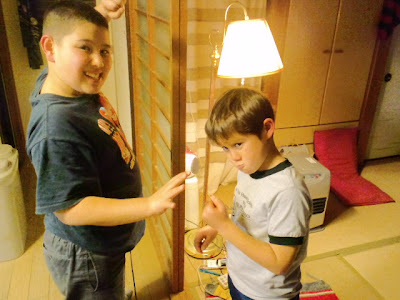 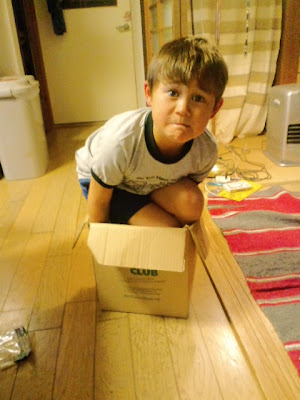 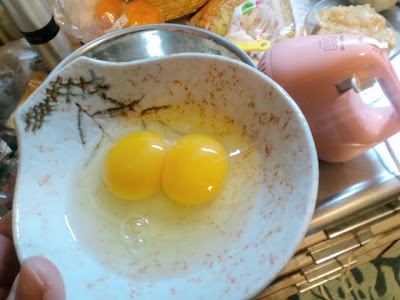 I've been cooking and baking for quite a few years now but this is the first double-yolk egg I have ever seen. In my surprise, I wondered:
*is this an omen of something?
*is it a sign of good luck?
*or just the result of a really lucky chicken?
******************
Have a great New Year's Day.
If you are one to eat black eyed peas, please eat some for me (I personally love them!!)....and whether you are watching football or ignoring it...I hope you are with those you enjoy the most!!

Happy New Year to all of you. I truely hope this new year will be "Your" year. we have spemt the major part of the day relaxed in front of the TV...movies and Wii.

2009 was made a little sweeter by meeting you.

omg that is the absolute CUTEST picture!!! LMAO! Just a bit bigger of a box, methinks.

I'll take the kid-in-a-box! Too cute!

The Girl Next Door said...

You can send the box-kid to me! Too cute. We get lots of double yolks here - too many hormones? i don't want to think about it.

I love the kid in the box idea - you are so creative!