pilialoha:
Close friendship, beloved companionship, beloved relative;
loving association;
to have a loving or tender relationship,
to be in a bond of love, romance.
on sunday.....some members of one of the hula groups i belong to and i got on a train 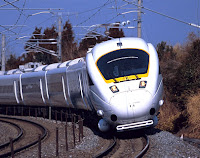 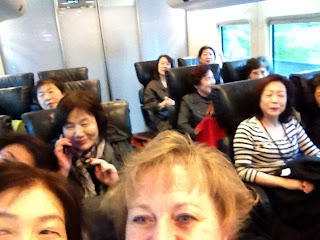 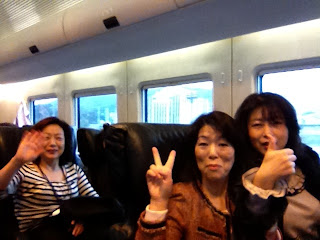 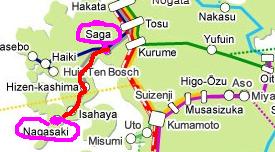 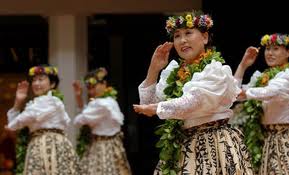 and
(personally, my favorite part) a show....
compliments of Kumu Kapu
(kumu:  hula teacher/guide/model) who is the teacher for the Kyushu Hula Association. She has her own hula school on the island of Kauai and travels back and forth between there and here.  Some of her students from Hawaii 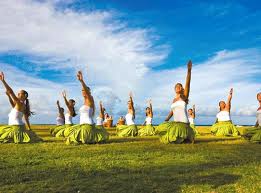 **this is actually a picture of the group, na hula o kaohikukapulani...not all of them came, but...many did** 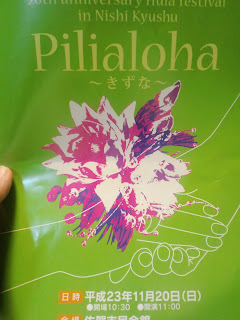 had a wide variety of Polynesian dancing styles.
for example, there was some tahitian dancing... 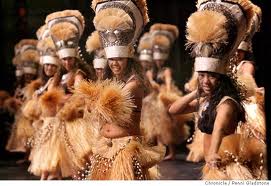 (and good Lord, but did those girls work it!! they definitely have the coolest costumes!!)
....some maori, from new zealand.... ....which also included the  haka  (the war dance maori warriors would do to try and intimidate their enemies before a battle).... 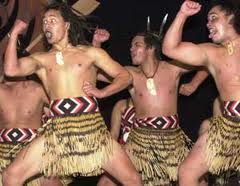 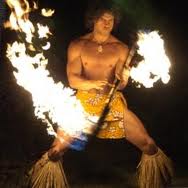 ...but because the show was indoors and really, fire....inside...on a stage...isn't probably the safest thing to do, he used these instead...

.....and he actually made it work.
we were quite impressed....oh, we laughed, because he was funny, but yeah...also impressed.
then....they did some samoan slap dancing...

which reminded me of 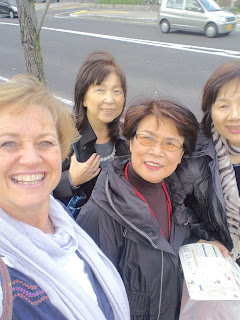 we chatted...we laughed (oh, we laughed a lot!!!)...even the train ride home was kind of noisy!!
we all agreed that it had been a long time since we had had such a nice time.....and we felt guilty about not being with our families for about *snap* that long.
(see....women all over the world are basically the same a lot of the time!!)
one of the ladies from the hula group i joined recently (of which i am still pretty much a newbie) was talking with another lady (eavesdropping, who? whaaaa?) and said that she was surprised at how funny i was (dude! i rock in 2 languages!!).   she repeated a comment i made when the hawaiian girls came out...."i look just like that when i'm dancing at home, by myself."  (^-^)
(and just for the record.....she said she did, too!!)
then, they both laughed!!!
so....for us...our day truly was pilialoha.
(and for that i will forgive them for raising my hand and "volunteering" me to get up on stage {with 5 other "volunteers" from the audience!!} to do tahitian dance.
THAT, my friends....was pretty funny and i'm so very glad that no cameras were aloud in the hall to capture this most embarrassing of moments on film.
thank you baby Jesus, for copyright laws.)
so....this week, my friends....this week of being thankful...may we give thanks for those around us....whether in real life or here in the blogging and facebooking world.... with whom we  share a feeling of pilialoha.
you....are appreciated more than you may ever know.
mahalo,
for your friendship.
**and thank you, GoogleImages, for supplying me
with the pictures i needed for this
post that i was not alowed to take myself....
those that do not belong to me, (which is
most of them on this post) were
borrowed from there. **

"i look just like that when i'm dancing at home, by myself"

Also, were is the video portion of this blog post? We want to see Debbie on YouTube doing the hula.

I love the posts in which you show us a slice of life in Japan.

I agree with Cheri, thank you for the slices of Japan that you share with us.

Hands down you look like that when you dance ... at home ;)

And I sound like Jennifer Lopez ... at home, alone, in the shower ;)

Love you, Debbie! What a great day you ladies had.

Not only did you have fun, but you had some nice eye candy too :-)

Why were they surprised you were funny? I got that from you right away!

I'd love to hear you make your friends laugh... in Japanese.