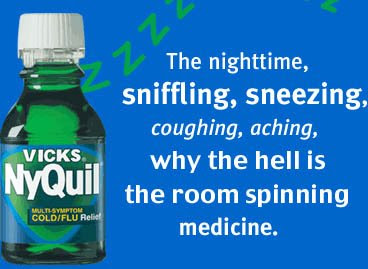 That whole "knock on wood" idea....what a bunch of crap!
On Wednesday, my class and I were talking about illnesses and aches and pains....and I made the comment that I hadn't really been sick this year....and I knocked on the desk...you know...just to make sure I didn't tempt the Gods.
Well.....sure as anything...last night before going to bed, I felt a little like there was something coming but I wasn't really quite sure. So...I took some Contact before I went to bed, just to be on the safe side, for once!!!
Today....I jumped back and forth between runny nose, watery eyes and sneezing to a stuffed head, "oh my God Ethel, she's about to blow!" kind of feeling. Yeah...and I was feeling mighty purdy too!!
Tonight, before my class, I went to the *Super Drug Store* and found some stuff that will hopefully work. The kind, yet nervous-because-obviously-he-doesn't-get-many-foreigners pharmacist said it would work quickly, after I had told him that "no, I don't want to take the Chinese remedy...I'd like to feel better before May."
(If you have the time, those herbs and such actually work, but..I want relief and I want it now!! )
Maybe....he he just gave me something so I would leave....I better have the K-man check the label...you know...just to be on the safe side, for once!! :-D
Nyquil....nectar of the cold-ridden Gods...where are you??
I need to sleep...per chance to dream.....about this..... 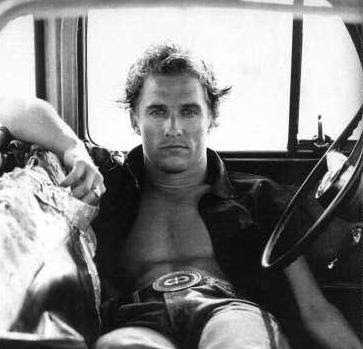 .... because you know tht Nyquil is great for stuff like that!!!

Here's to a good night's sleep....hopefully....or at least a really nice dream!!

I hope you feel better AND have the sweetest of dreams.

I'm right there with you. I made it through the whole winter just be struck down right before finals.

I need at least 24 hours to sleep if I take Nyquil!

You know, I'm not sick, but it's during the WASL (stupid stupid stupid long long long test) and of course, it's spring. So guess what? Yeah, that's right. I got stupid allergies. I always get some sort of stuffed up nose or watery eyes or runny nose thing during tests that go on for two weeks!

Ohhh...Hope you're feeling better soon! I didn't put Nyquill in your care package though. Sorry!!

Nyquil rocks! I can't keep a bottle for more than a week... haha! just kidding!