A memory that makes me smile....

This is one of my favorite pictures of all time.... 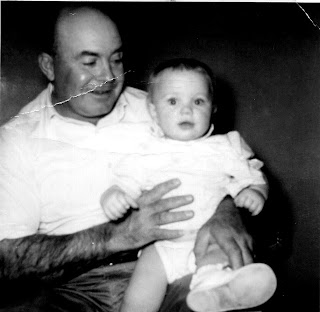 This is me and my grandfather.
Though I grew up in the same area as my grandparents, I didn't really grow up with them.
Oh...I knew who they were but....not really.
My parents were married young and divorced not so long after.  My mom remarried and I became a member of another family...that first family, always there.....but, not so near.
I have pictures that were taken from a time that I don't really recall.
I really wish I could....this makes me a little sad. 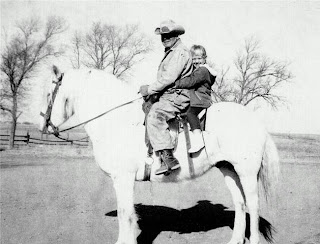 I have flashes of events and things that happened....of strong hands...of a voice that is forever etched in my memory.... 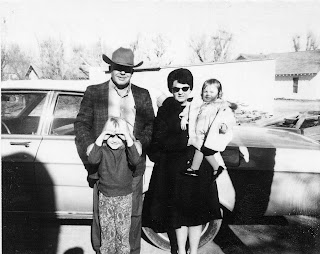 Debbie, Grandad, Grandma, my cousin-Shawn....probably after church...
As the years went by and I got older...probably around junior high or so, I started spending more time with my grandparents....getting to know them...the three of us, finding our own ground for a relationship and realizing a whole heap of love and respect for each other.
Grandad was a strong man...an honest man...one that is still respected in the area from which I am from.
He was a successful farmer and rancher in a time where it was very difficult to achieve that.
Trials and tribulations?  Grandad knew of both.
But, he also knew of success and glory.
And for a man who only went to one day of high school ("not really worth the horse ride over there"),
he was one who appreciated and encouraged education and a love of learning.
Grandad played the fiddle.  He was from the era of working hard all week and then everyone meeting in someone's barn on Saturday for music and dancing.
Of all his possessions, his fiddle was of the most precious. 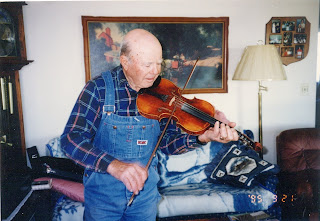 Not a lot of people understood my need to travel...to find adventure...Grandad did.
On my visits home, he and I would sit in the living room or out in the swing he built that sat in the front yard of their farm and we would talk.  Or rather, he would ask questions about Japan and I would answer.
When I told him that I was getting married to the K-Man, he asked me,
"Does he make you happy? If he doesn't, it'll be a long, unhappy road.  You know in your heart if you are doing the right thing....listen to your gut, too." 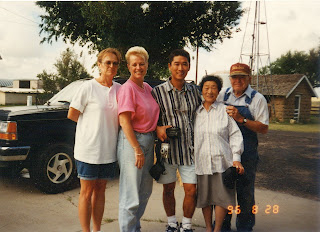 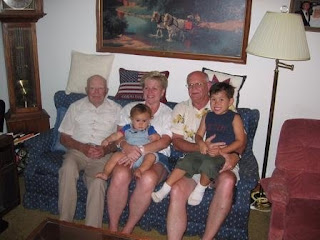 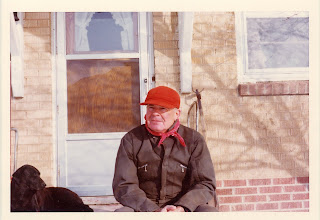 I am forever proud and thankful to be a part of Frank Willson's legacy.  He was a good man, an honest and hard-working man.  His sense of right and wrong were as much a part of him as his strong handshake, his blue overalls, and that tractor in the barn.  He loved his family, his friends, his church and this community where he spent so many years.  If we accomplish half as much as he, we will still be successful.
Though Grandad wasn't a tall man, he had the aura of being much bigger.  He had such confidence and yet was never afraid to admit he didn't know or understand something.  Of course, he would soon find the answers....and then tell you about it as if he had studied it for years.
I hope that my boys got that from him...that curiosity of life and the ability to never just accept certain things.  Asking questions...asking "why?" "how?" or "but what if I did it this way?" will keep the spirit of Frank Willson alive forever.

The music's fading, the lights are low
but please let me take this last chance
To say how much you dearly mean to me
and Thank you, Grandad, for the dance.
~debbie
April 25, 2005
( 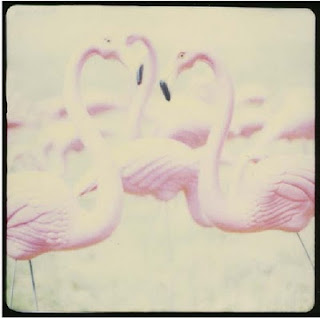 Awww, Debbie, what a beautiful post! He sounds like he was quite the man, and I'm glad you got to know him :-) Hugs!

How lovely. I love what he said about love. It's something we all should remember.

Dude. You're not supposed to make me cry at work.

That is such a nice post, it was an honor to know him. One thing I didn't know was that he played the violin.

What a loving tribute to a wonderful man.

What a very lovely tribute.

That fiddle picture is priceless--it so harkens back to a simpler time.

I love this post! He had some good advice.

I have a great memory, too: Spending the evening with Debbie and Bossy on Thursday!